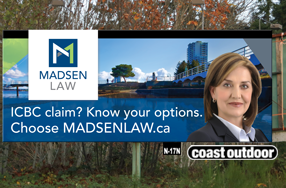 Coast Outdoor digital billboard locations in the city of Kelowna, BC are located on is located on Highway 97, 6 km west of Kelowna city centre on a major Central Okanagan highway at one of the busiest intersections in the Okanagan. These locations also reach traffic headed into West Kelowna, Westbank, Peachland, Summerland, Penticton, Lake Country, Vernon and Armstrong.

Get Viewership, Pricing and Availability